Gourits River Bridge is 65m high, and is the longest running bungy site in Africa. 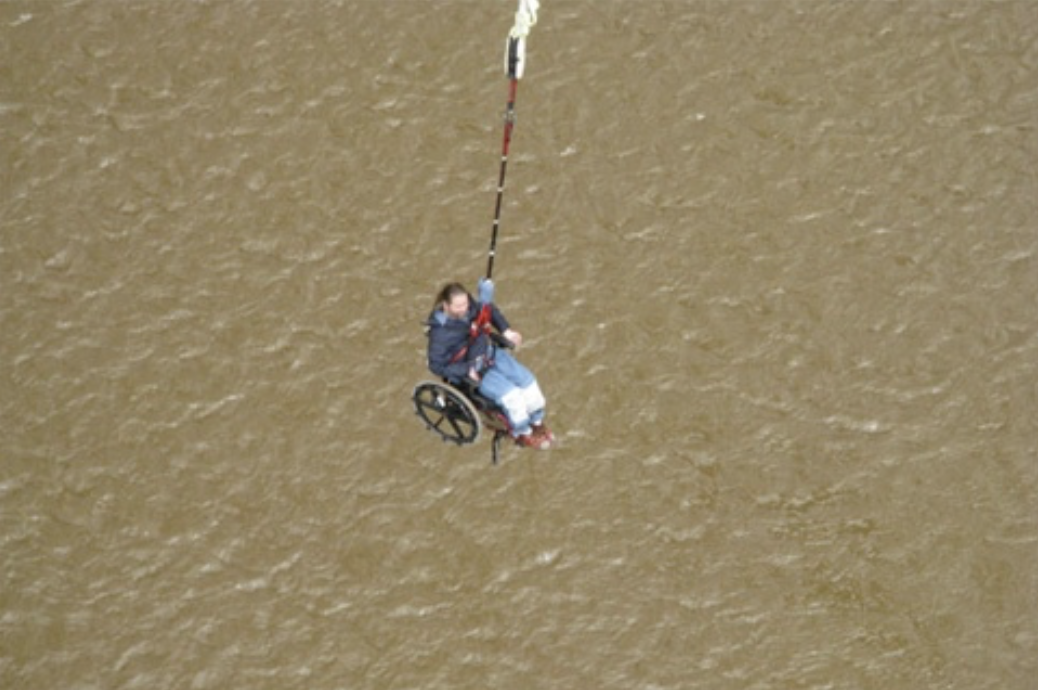 The seeds of my South African adventure were planted years ago when a young man named Anthony wrote me and said he found my scuba diving web pages and wanted to share something about himself. Anthony said he is a paraplegic and also likes to do scuba diving. We belonged to the fraternity of disability and extreme sports. We kept in contact and one day Anthony sent me a video clip of someone in a wheelchair bridge swinging. From there I was hooked. I knew one day I would travel to South Africa to do some bridge jumping. Laurence posted his video of bungy jumping at my YouTube channel.

This is where Bungy jumping began in South Africa! Gourits River Bridge is 65m high, and is the longest running bungy site in Africa. There were two companies that offer jumps off the Gouritz River bridge: Wildthing Adventures and Face Adrenalin. The company we used Face Adrenalin (www.faceadrenalin.com/). The Gouritz River Bridge is 4 1/2 hours EAST of Cape Town. We drove eastward along the southern coast. The concept of bridge jumping is to swing from one bridge, to which the rope is attached, under another, like a pendulum. Bungee jumping is a drop straight down. Your fall is slowed by the bungee cords before you reach the bottom.

Anthony asked me if I wanted to go first or should he. I told him I was still attaching cameras to my chair so he should go first and I could get an idea how they affixed the straps so I could mount cameras accordingly. On the left, Anthony gets a lift from the folks putting on his harness. In the middle picture, Anthony is about to go off the platform. Lastly, we see Anthony going off the platform – separated from his chair! When I saw that I turned to Laurence and said, “Change of plan. Take off the cameras.” They fished Anthony’s cushion out of the river while we just watched hoping Anthony wasn’t hit by his own wheelchair.

In the picture on the top left, I sign my life away as I always do when participating in activities of this sort. On the right I am getting a harness on. In the picture on the bottom left you can see Laurence attaching a camera to my chair, under Anthony’s watchful gaze.

In the top left picture, you can see my front wheels over the edge of the platform. Top right – I’m off and away! The bottom two photos show different shots – different angles of me over the river bed. Now that’s what I call bridge swinging!

I am eventually lowered to the river where I am transferred to a boat, brought ashore. then carried up to the top of the canyon.

Now for bungey jumping! I’m at top center, on the platform.

The scary thing about the bungy jump is when I bounced up, I came close to hitting the bridge. Although it is physically impossible to bounce as high as the platform from which we fell, the trestle of the bridge extends at least 10 feet below the platform.

Those two platforms shaded by blue canopies are perched 210 feet over the gorge. That’s me and my buddy Anthony on the right.