Many ADAPT activities include protests. As a manager of an Independent Living Center, in Albuquerque, I wasn’t sure we should be involved in such activities. 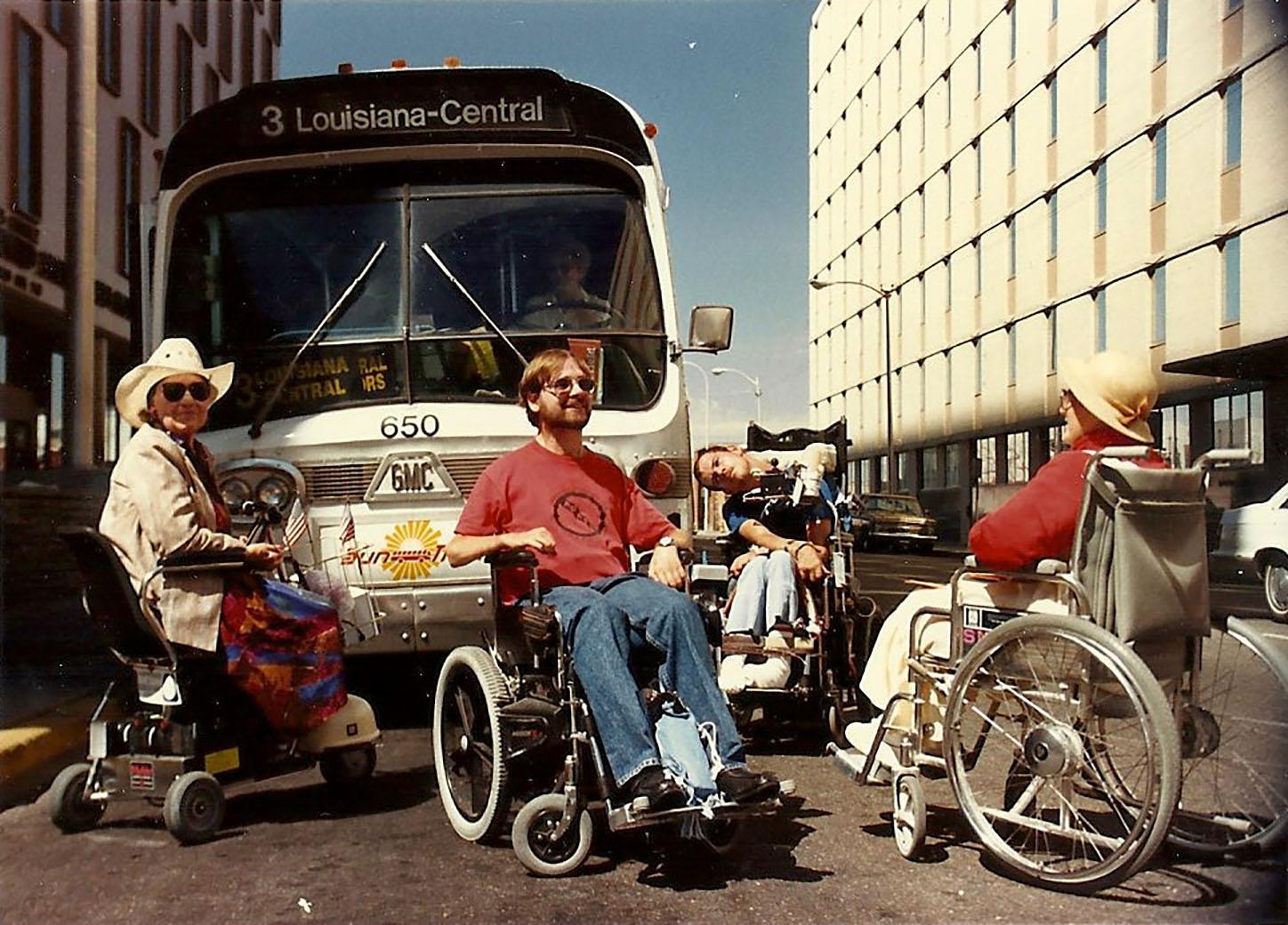 Adapt is a private nonprofit disability rights organization that I’ve been a member of since the late 80’s. When it started, ADAPT was an acronym for American Disabled for Accessible Public Transportation. In 1990, when the Americans with Disabilities Act was passed, mandating Accessible Public Transportation, we changed our focus. ADAPT is now an acronym for American Disabled for Attendance Programs Today. However, in reality, ADAPT is concerned with all Civil Rights and accessibility for people with disabilities.

Many ADAPT activities include protests. As a manager of an Independent Living Center, in Albuquerque, I wasn’t sure we should be involved in such activities. Wade invited me to spend the weekend with him in Denver. It was life changing. Wade taught me about non-violent resistance. He also taught me about other ways to make change. For example, McDonalds made a big deal about making building an outlet with an accessible bathroom. However, they didn’t have an accessible eating area. Wade called the Press to meet him, and several wheelchair users, in McDonalds. Wade took everyone in the bathroom, where folks started eating their burgers. He suggested that McDonalds just didn’t want wheelchair users in their dining area, but it was fine for them to use their bathrooms. This motivated McDonalds to make all their dining areas accessible.

My eye-opening experience with Wade inspired me to organize a protest, or action, in Albuquerque to make busses accessible. We blocked 6 busses downtown, for several hours. Ultimately, it was the ADA that made Albuquerque acquire accessible transportation.

Early in my association with ADAPT, I met Bob Kafka and Stephanie Thomas, ADAPT organizers, who convinced me to move to Austin, TX from Santa Fe NM. I’m not as active in ADAPT as I once was, but I continue to support them in any way I can. I continue to be long-time friends with Bob and Steph.